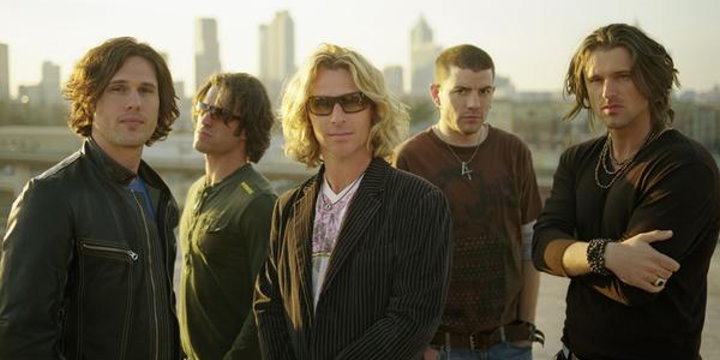 As it has been stated many times in different interviews and biographies, the band Collective Soul took their name from a phrase in the ground-breaking novel The Fountainhead by Ayn Rand. In her novel, Rand explores the philosophy of objectivism, wherein she tells the story of idealistic Howard Roark, an architect who struggles to be an individual, and the tumultuous affair he has with the woman who is trying to destroy that individual. He struggles against all things conventional, and she battles against everything he stands for, while making her violent opposition appear effortless.

Has our conscience shown?
Has the sweet breeze blown?
Has all the kindness gone?
Hope still lingers on.
I drink myself of newfound pity
Sitting alone in New York City
And I don’t know why.

Lyrics From “The World I Know”
By Collective Soul

Howard is a wonderfully brilliant individualist who bravely stands against those who have mortgaged their souls to fit in with what society feels is honest, forthright, and creative. When a wealthy publisher commissions Howard to build him a “fortress”, a “treasury”, a “temple”, he says he wants a “separate world” with that “Roark quality”, he has recognized Roark’s gift of individuality, his vision.

Another lovable character in the work is a playwright named Ike, who seeks to write for the common man and fights to protect his work from the politically correct, self-congratulatory critics and intellectuals of the day who told him his play was “so awful it’s wonderful.” Poor Ike defends himself in the only way cynical intellectuals can understand, “If Ibsen can write plays, then why can’t I? He’s good and I’m lousy, but that’s not sufficient reason.”

First published in 1943, this best-selling novel is a passionate defense of individualism and presents an exalted view of man’s creative potential.

While preparing this article, I began reading the writings of various critics and fans, one who mentioned Rand’s talents as a satirist, “which are very considerable, have escaped the notice of almost everyone who has commented on her work. Do you recall the episode in The Fountainhead in which all the mediocre architects in New York City attend a costume ball for which they dress up as their “best buildings”? Peter Keating, perhaps the most mediocre architect of them all, is

“the star of the evening. He looked wonderful as the Cosmo-Slotnick Building. An exact papier-mâché replica of his famous structure covered him from head to knees; one could not see his face, but his bright eyes peered from behind the windows of the top floor, and the crowning pyramid of the roof rose over his head; the colonnade hit him somewhere about the diaphragm, and he wagged a finger through the portals of the great entrance door.”

Like Ike the playwright, the architects try to project themselves as individuals, but they cannot do so proudly and decisively. What they can do is produce a very American combination of pretentiousness and self-abasement. The architects are so proud of their buildings that they pretend to be their buildings, effacing themselves so that their bright eyes barely peer from behind the windows of their top floors. But it’s all in fun, you know; it’s one of those jokes we play on our own individuality. The architects are disappointed only because Howard Roark, the true individualist, refuses to attend.”

In one dramatic scene of this novel, Howard is put on trial to determine whether he is an American hero or an American villain. His individualism vindicates both Howard and America, allowing his alienation to color his opinions as he looks at things from “outside”. His love of individualism (and everyone’s conformity in order to achieve it) also allows him to argue forgiveness for an America that wants an ideal so badly that’s all it sees when it looks in the mirror. According to him, our country,

Now, in our age, collectivism . . . has reached a scale of horror without precedent. It has poisoned every mind. It has swallowed most of Europe. It is engulfing our country. I am an architect. I know what is to come by the principle on which it is built. We are approaching a world in which I cannot permit myself to live.”

To Howard, being an individual meant having an objective, artistic vision, being true to himself, understanding motivations and complexities, seeing others without prejudice or agenda, standing apart so he could see clearly, being faithful and standing up for what he believed. Howard Roark’s individualism was his integrity.

From the time that Rand published The Fountainhead, it was heralded as a significant work – a metaphysical statement, “an aesthetic manifesto” – a literary assessment. It was boldly pointed out that, unlike other monotonous novels of the time, not one page of The Fountainhead could be mistaken for any other page of the same work.

Rand was often criticized for “simplistic” points of view or “one-sided” thinking. This, however, is not evidenced in The Fountainhead, which gives us a clear vision of Roark’s highly-principled thinking and building, with little subtext.