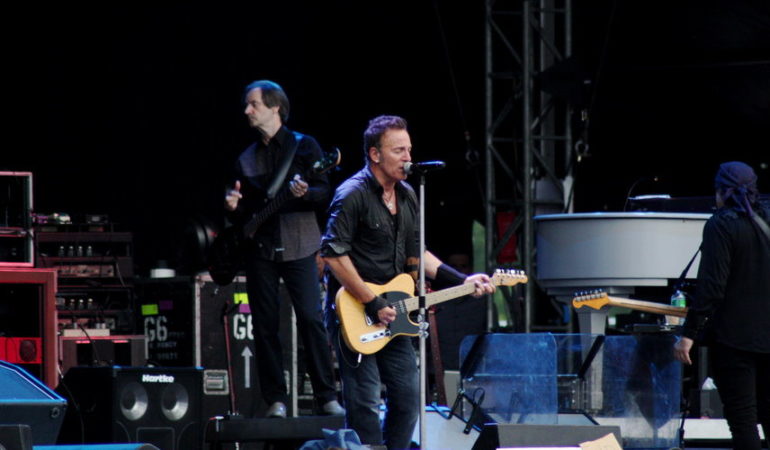 A portrait of the bitter conflict between the powerful and the powerless, of one man’s fierce reaction to injustice, and of a woman’s quiet, stoical strength, The Grapes of Wrath is a landmark of American literature, one that captures the horrors of the Great Depression as it probes into the very nature of equality and justice in America.

“In the souls of the people the grapes of wrath are filling and growing heavy, growing heavy for the vintage.”

Lyrics From The Ghost of Tom Joad
Bruce Springsteen

In stark and moving detail, John Steinbeck depicts the lives of ordinary people striving to preserve their humanity in the face of social and economic desperation. When the Joads lose their tenant farm in Oklahoma, they join thousands of others, traveling the narrow concrete highways toward California and the dream of a piece of land to call their own. Each night on the road, they and their fellow migrants recreate society: leaders are chosen, unspoken codes of privacy and generosity evolve, and lust, violence, and murderous rage erupt.

John Steinbeck’s masterpiece The Grapes of Wrath. They way of life it describes is no more, but the book still lives on, as it always will- the epic chronicle of man’s struggle against injustice and inhumanity. With the passage of the years, the story it tells of the Joads and their journey to “the golden land” is not so much just the story of one family and one time, but the story of the courage and passion of all men throughout history. “great…impassioned and exciting. It is Steinbeck’s best novel, his toughest and tenderest, his roughest written and his most mellifluous, his most melodramatic, his angriest and most idyllic.” 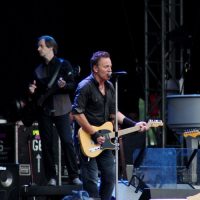 In ‘The Grapes of Wrath’, John Steinbeck manages to capture everything that happens in society during the Great Depression: the struggles between the “haves” and the “have-nots”, the inherent racism and classism, and the will of one man to just belong. Tom Joad has to be the most idealistic man there is, and he views the struggles of his Oklahoma family in California as something akin to Homerian triumph and tragedy. Tom’s mother is a capable, take-charge woman who would have been at home on a covered wagon heading West one hundred years before her. Like a seasoned prizefighter, she absorbs life’s blows and continues on,. If she’s knocked down, she gets back up, dusts herself off, and resolves to learn from the experience in her own way.

Steinbeck sets the scene wherein the California “bosses”, the landowners, the growers, will sacrifice anything, anyone, to get a good price for their crops. The staggering debt that they assume just to hold on to their land chokes off their consciences like weeds choke off their crops.

We see a wonderful spring day in California with the pungent beauty of new blossoms offset by the pickers’ sick children, “And children dying of pellagra must die because a profit cannot be taken from an orange.”

[pullquote-left]If you’re in trouble go to poor people[/pullquote-left]The bosses employ overseers and “guards”, downtrodden people themselves who take out their anger at life’s injustice on people more downtrodden than themselves. This enables them to feel superior to the “Okies” and to more readily identify with the bosses, thereby putting them in a position to watch their bosses profits and losses as if they were their own — much like the slave overseers on plantations. The laborers can’t find a sympathetic patron. They are unable to establish credit. The pickers are further enslaved by debt for food and clothing, unable to save back their pay, “I’m learnin’ one thing good … If you’re in trouble or hurt or need—go to poor people. They’re the only ones that’ll help,” says Ma Joad.

They travel from farm to farm, picking everything from peaches to cotton. They are sometimes put up at Government camps, where they are guaranteed a daily wage and accomodations. The guards at other camps complain that the Government “spoils them Okies.” Landowners pay off the police to heard workers back to their camps.

[pullquote-right]You fellas don’ know what you’re doin’. You’re helpin’ to starve kids[/pullquote-right]The laborers begin to see the injustice of the situation and they demand a union. They want fair pay and better living conditions. Some of them are only making two and a half cents a day. Picket lines are forming and pickers are demanding justice. Tom watches as vigilantes smash in a man’s skull with axe handles, “You fellas don’ know what you’re doin’. You’re helpin’ to starve kids.” As often happens with oppressed people, when they panic they turn against each other, helping only their oppressors not themselves. The “divide and conquer” theory has helped dictators, slaver owners, corporate giants, and many others who benefit from the sweat of the poor – it’s still helping them today.

Some rights reserved by CaBLe27