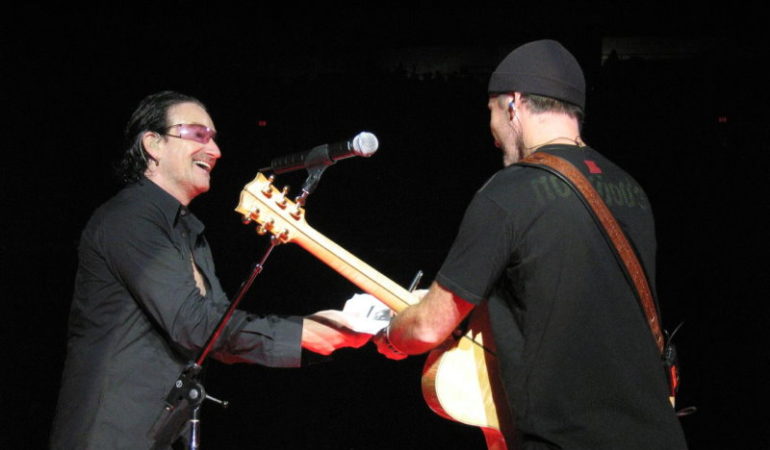 U2 ‘didn’t earn much’ from their new album ‘Songs of Innocence, which they gave away for free.

The Irish rockers gave away ‘Songs of Innocence’ to iTunes users because they felt their fans ”deserved” to have the record for free, and admit even Apple were shocked by the scale of their generosity.

Frontman Bono told Italian TV show ‘Che Tempo Che Fa?’: ”It is a very difficult time for songwriters because people download music in an illegal way. Apple wanted people pay to for music and we really appreciate it. We spoke to Apple and we decided to do a gift to those who purchase music on iTunes.