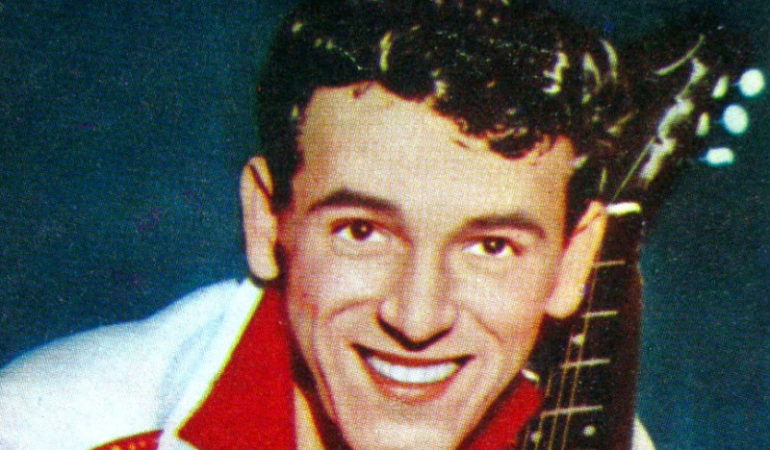 Today’s artist was an American musician who pioneered the styles of rock and roll and rockabilly. His 1956 top ten hit with his Blue Caps is considered a significant early example of rockabilly. He is a member of both the Rock and Roll Hall of Fame and the Rockabilly Hall of Fame.

Please rate the music, not the presentation. No registration needed, just a simple click on the number of stars you wish to give. Disagree with my review? Then please scroll down to the comments section, where you can add your review and your rating together.