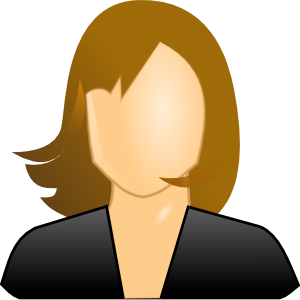 There is an old saying that timing in life is everything and in the case of JACKI and my project that is certainly true. As I was preparing to do this project tragedy struck as our good friend JERRY passed away suddenly leaving an incredible void in JACKI’s life. The fact that this project has taken me so long to complete has given JACKI the time that she needed to put her words on paper. Little by little I have seen JACKI get her life back to a point that now she will pop in the chatroom every so often to see her old friends and to get her mind off the past. I am so glad that JACKI found the time to express her feelings to all of us.
~GOHAWKSO

Because of my love for music I checked out some chatrooms and found the Music Oldies room when I purchased my first computer. This was in December of 2001. I have been living in
Massachusetts for 2 and a half years and I relocated from Brooklyn, New York.

My name is JACKI and I am 49 years old, single with one great daughter who is the apple of my eye.
I love all types of music from Doo-Wop to Classic Rock but if I had to choose one favorite that would be The Beatles.

I have attended several chatroom parties over the years including 3 HUGYFESTS, a weekend at TJBEATLEFAN’s, a weekend at IRISHJIGGERS house and a weekend New Year’s party at MARGYBEAR’s. I have also hosted 2 New Year’s parties and a July 4th party at my home. Yes, I have met many many roomies. I have been very fortunate to have met some of the greatest friends I have ever had, along with a man who I still love very much,my JERRY, although he has passed. I have so many people that I would want to mention here that I would need a book just to say something about each of them.

There are 2 people in particular that I do need to mention because they have been here for me in both the good times and the bad. They have been so supportive and helpful that you
can’t even imagine. TERRILEE and GEORGE, better known as TERRILEE518 and DRKILL1012. I am blessed to have them in my life. We shared such incredible great times when JERRY was alive. The 4 of us had this chemistry of friendship that is very rare. I love them both dearly. They have done so much for me that I can’t even begin to put it in words. They were with me the day JERRY passed and came to my house many many times for support and comfort. They have helped me emotionally, physically and made me realize that I must go on “living
happy” again.

They put their own lives on hold and helped me pack and move, just because that’s the type of people they are. Friends like that come along maybe once in a lifetime. JERRY loved them both also and I know he is smiling down on all of us, because without them, I don’t think I would have been able to go on. 2 other roomies are also very special to me and they are IRISHJIGGER and COMATOEZ. Whether it’s on the phone, or online or in person, they are both such great friends and I hold them both close to my heart. It is very difficult at this point in my life to actually talk about the memorable and funny moments that I have spent both in person and in the chatroom with all of you. I hope all of you understand but I do want to thank each and every on of you for all the great times we have shared together and I am looking forward to many more wonderful, fun times.