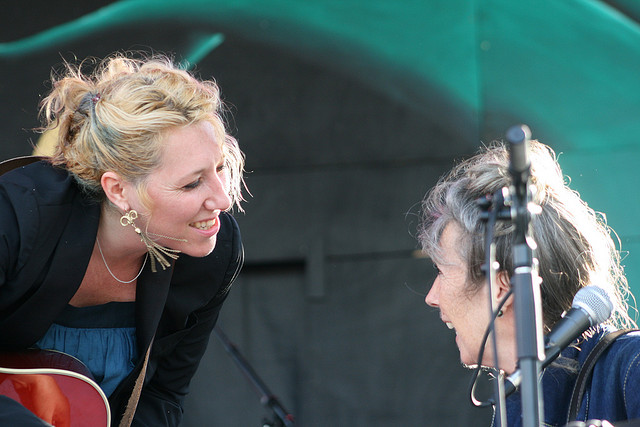 I’ve been dying to share this song since I heard it – I tried on Facebook, but we’ll just say that the large majority of people I went to High school with probably aren’t in to much beyond hair bands and 80’s music – lol.

The version of todays song that I am looking for, is sung by a Mother and her 2 children. Although they sang together frequently, each are soloists in their own right. I discovered the Mother, (who wrote this song) through her son – she had been around for years and I had heard of her, but not listened to her music. The son covered one of my very favorite artists, and I thought it was the best take on that song that I’d ever heard.. The cover was actually on a soundtrack of a childrens movie. That being said, I’ll give clues for the author of the song, and a few tidbits about her children. 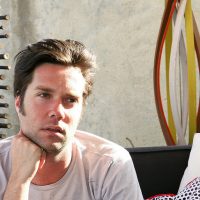 Our artist was born in Canada in 1946 into a family steeped in music. She mainly wrote and sang on the folk scene with her sister and married an American singer/songwriter, with which she had her two children. In the 1960s, she and her sister established themselves in Montreal’s burgeoning folk scene, while they attended school. Although they sang mostly in English, in 1980 they helped put the Quebec folk music scene on the global map, with an album written and sang entirely in French. Sadly, she divorced the father of her children in 1976. She was diagnosed with Cancer (Sarcoma) in 2006 and passed away January 18, 2010, but not before she set up a fund at the McGill Health Centre to raise awareness about Sarcoma. Her death has left a hole in the music community and in family and friends hearts. 2 concerts have been held in her remembrance, one of which was filmed in 2011 and released in 2013, and I highly recommend watching.

The son in this trio is actually a newer favorite of mine. He is a talented songwriter and sings with depth and emotion that is rare. Born on July 22, 1973 in Rhinebeck, NY, he lived in Montreal with his mother for most of his childhood after his parents divorced in 1976. He began playing piano at 6, and touring with his mother and Aunt, at 13. He has written Operas and set Shakespeare sonnets to music, for a theatrical piece. He has appeared in movies and film, struggled with addiction, has been openly gay since his early 20s, incidentally, he has a daughter with Leonard Cohens daughter, Lorca.

And now for the youngest of todays trio. This “daughter in the water” was born May 8, 1976 to famous parents and was also raised in Montreal. Her first release was an independent cassette at the age of 21. She then had a song on her Mother & Aunts album in 1998. She continues to record and make appearances at Artist tributes and music festivals. She was married in 2007 and has a son.

Rufus Wainwright, Martha Wainwright & Anne McGarrigle – Talk To Me Of Mendocino was presented by Mary Ruth on July 31st 2014