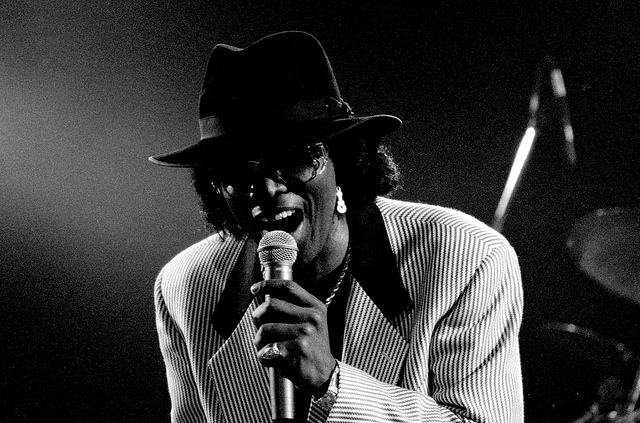 The mystery artist was an american Blues, Soul and Funk musician and singer/songwriter. He was born February 3, 1935 in Houston, Texas. A flamboyant showman and electric guitarist in the style of T-Bone Walker. His successful recording career spanned forty years, with his highest chart appearance being the 1977 song “A Real Mother For Ya”. He was a recognized master of the Fender Stratocaster guitar, has been compared to Jimi Hendrix and allegedly became irritated when asked about this comparison, supposedly stating: “I used to play the guitar standing on my hands. I had a 150-foot cord and I could get on top of the auditorium – those things Jimi Hendrix was doing, I started that shit.” He influenced a lot of musicians like Frank Zappa and Steve Miller and Etta James. He was the real “Gangster of Love” lol. He died on stage at a tour in Yokohama, Japan, May 17, 1996 on a heart attack.

your mystery lyric was:

Johnny Guitar Watson – Looking Back was presented by Peter on August 2nd 2014.