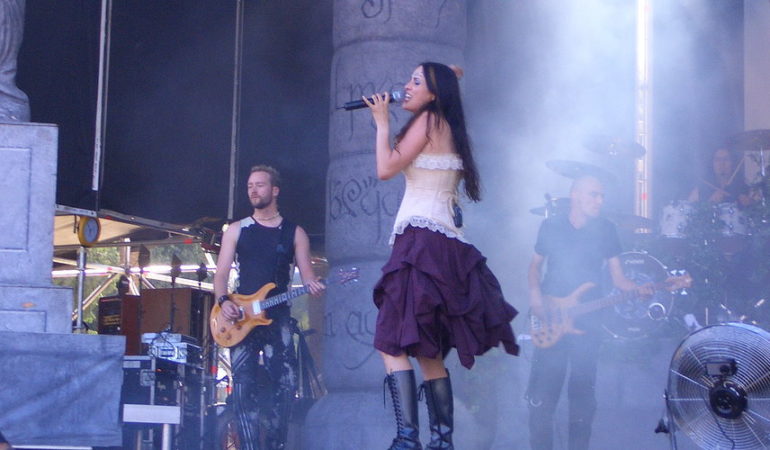 Somewhere by Within Temptation was presented by Cheryl on March 10, 2014 on Mystery Lyrics. Her clue was:

In order to celebrate the band’s 15th anniversary, the Belgian radio station Q-music invited the band to make 15 covers of famous songs. Later, the band released an album, the most divergent genre variation from their original sound to date. The album features reworked covers of several famous pop songs, such as Titanium from David Guetta, Grenade from Bruno Mars, The Power of Love from Frankie Goes to Hollywood and also some indie and folk rock songs as The Who’s Behind Blue Eyes and Passenger’s Let Her Go.

“Lost in the darkness tried to find your way home”