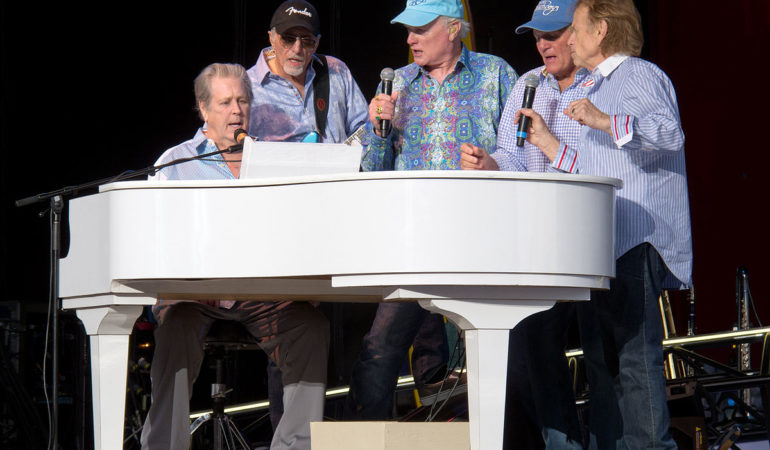 “God Only Knows” is a song written by Brian Wilson and Tony Asher for American rock band The Beach Boys, released in 1966 as the eighth track on the group’s album Pet Sounds. It was also released as the B-side of “Wouldn’t It Be Nice” in the United States. In other countries, “God Only Knows” was the single’s A-side. According to historian John Robert Greene, “God Only Knows” would later go on to reinvent the ideal of the popular love song.

The song names God in its title and lyrics, unusual for a pop single of its time, as Asher recalled: “Unless you were Kate Smith and you were singing ‘God Bless America’, no one thought you could say ‘God’ in a song [in 1966].” The sentiments expressed in its lyric were not specific to any God, and could be addressed to any higher force, being a song about moving forward after loss. Wilson later explained that his and Asher’s intention was to create the feeling of “being blind but in being blind, you can see more.”

Sung by Carl Wilson, the Beach Boys’ recording was produced and arranged by Brian using many unorthodox instruments, including French horn, accordions, and a quartet of violas and cellos heard throughout the piece in counterpoint. The musical structure has been variously cited for its harmonic complexity, evoking tension through its disuse of authentic cadences and a definite key signature. Its closing section features perpetual rounds, a device which wasn’t normally heard in popular music in the 1960s.

The song was voted 25 in Rolling Stone magazine’s 500 Greatest Songs of All Time, the second of seven Beach Boys’ songs to feature (the first being “Good Vibrations” at 6) and was ranked by Pitchfork Media as the greatest song of the 1960s. The Rock and Roll Hall of Fame included it as one of “500 Songs That Shaped Rock and Roll”. (Read More on Wikipedia)

Comments are the icing on our cake. We love to hear from you! Are you satisifed with these results, would you have liked to have seen other songs amongst the top three? Let us know in the comments box at the foot on this page!