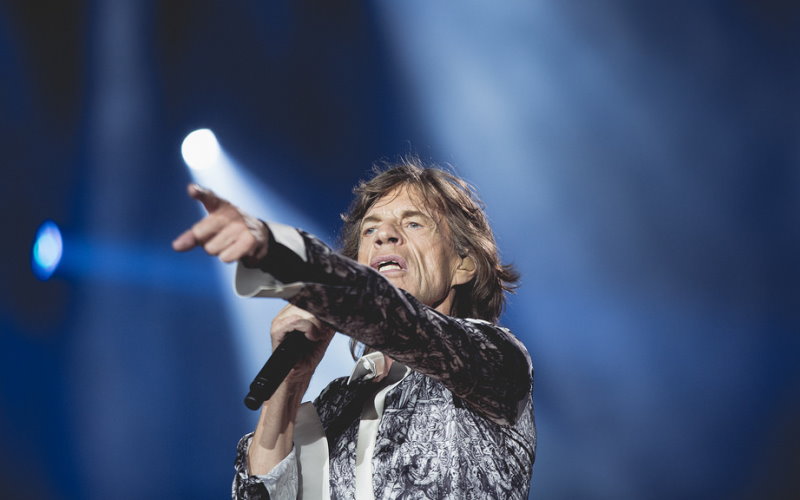 Kim Kardashian wants another child with her husband Kanye West, according to the Contact Music Website. At last some news to distract from her husbands antics on his tour of Australia, where he ordered everyone to stand up, even the lame and infirm…

Quote of the Week

It’s so fascinating to see him up on stage, and it’s so powerful to watch him perform. Kim Kardashian.

He defended himself the next night thus: “Pick a new target. Pick a new target ’cause I’m not one of these dumb-ass artists that you’re used to. You come at me and I’m gonna take my platform and break this sh-t down for real intelligent people every night so they can understand, then we get back to the music.”

For real intelligent people? so they can understand? Brilliant! I will remain stupid if it please you sir!

“It’s so fascinating to see him up on stage, and it’s so powerful to watch him perform.” says Kim. That sort of sums it up really , on all accounts.

Rumour has it, by the way, that the second child might be named South. One does wonder what might be if one day she should want a third child.

Lana Del Rey has told the Sunday times Magazine that her music is not written with commercial success in mind. “It’s not meant to be popular. It’s not pop music. The only thing I have to do is whatever I want, and I want to write whatever I want.” she said.

Well, you could have fooled me darlin’; take my hand, I will show you musicians who write whatever they want. But they don’t play in the big halls of this world, you will find them in the small clubs.

Meanwhile Lana has cancelled all dates of her European Tour due to an unspecified illness. We wish her a speedy recovery!

Queen are to release a new vodka in memory of Freddie Mercury called Killer Queen on the 40th anniversary of the single with the same name. It is being produced in Latvia at the “Willy Wonka Factory for Adults” (Brian May).

Brian also admitted that Freddie was a great lover of vodka, so it is indeed a fitting tribute.

What sort of slightly mars the occasion is the fact that Katy Perry has also named her latest perfume Killer Queen … Sacrilege!!

Meanwhile Mitch Winehouse has announced that there will be no new unheard Amy Winehouse songs released, because he doesn’t want to rip off fans, he said to BBC News. “She probably did 15 different versions of ‘Back To Black’ but we wouldn’t do that, it’s not fair. We don’t want to rip people off. There is no more new music.”

At the same time he sees himself faced with criticism of the new statue of his daughter which was unveiled in North London on Sunday. But he admits that he is bursting with pride.. “Camden, along with other councils, won’t allow a plaque or statue for at least 20 years after the person has passed away and they’ve allowed this straight away”. The statue however does bear a certain resemblance to certain street performers who cover themselves with lead cover paint and pretend to be statues…

The Rolling Stones start the next leg of their tour down-under next month giving Keith Richards the opportunity to return to the Fiji Islands where in 2006 he suffered a near fatal injury when falling out of a tree and banging his head. Keith has announced he will chop down the tree. The tree was not available for comment.

In relation to the tour itself Keith is quoted as having saying “Jetlag is the hardest thing around trips like that. Everybody’s waking up and tripping over each other and falling asleep in rehearsals”. Are you sure you’re talking about the Jetlag Keith??

Ok, I’ve been a U2 fan for a long time. They’ve just announced they are GIVING AWAY their newest album as a… http://t.co/sSXFEnW2A9— Marcella Detroit (@marcelladetroit) September 12, 2014

Marcella Detroit, one half of Shakespears Sister, and co-writer of Eric Clapton‘s Lay Down Sally has criticised U2 for allowing their newest album to be given away by Apple, saying that it is another devaluation of music, causing a long discussion on her Facebook page, most commentators were in support of her, but who would argue with such a distinguished artist anyway?

Meanwhile the announcement has caused an unexpected bump in sales of U2s back catalogue, whereas downloads of the new album are reputed to be dissappointing. Devaluating? Maybe some people should have a serious look at the way the market is developing instead of attacking innovation…

Video of the Week: