April 1st marks the birthday of one of the greatest blues singers who ever lived – Miss Alberta Hunter, born on this date in 1895 in Memphis, Tennessee. I just finished reading ‘Alberta Hunter: A Celebration In Blues’ by Frank C. Taylor and Gerald Cook (the latter her pianist during the late ’70s/early ’80s) so I decided to do a ‘Roots’ mailing on Miss Hunter.

A brief rundown of her accomplishments are as follows:

[dropcap]S[/dropcap]he was one of the original blues queens of the 1920s, recording four tracks in May 1921 for Black Swan Records (the first black-owned record label, some forty-years before there was a Motown), two of which, “How Long, Sweet Daddy, How Long” and “Bring Out The Joys,” filled both sides of her first record. She wrote many blues compositions, including “Down Hearted Blues,” which was recorded by Bessie Smith in 1923 for Columbia Records and became her first record. Alberta also travelled to Europe in 1927 (the first trip of many over the next few decades); she appeared in several stage productions, including a London production of ‘Showboat’ in which she appeared opposite Paul Robeson; she became a member of a USO tour entertaining World War II veterans and veterans of the Korean War during the 1940s and early 1950s, and in 1957, she officially became a nurse, a job she held until 1977 until she was forced to retire (the hospital staff thought she was 70 as she had chopped twelve years off of her age; she was really 82.) In the mid-’60s, she would read newspaper articles about some poor family and send them food and clothing. Least important of all, however, but worth mentioning, is the fact that Alberta was a lesbian. Her partner was Lottie Tyler, niece of black entertainer Bert Williams. I mention this because many, more recent celebrities have “come out of the closet,” most notably Melissa Etheridge, k.d. Lang and Ellen DeGeneres. However, it was far more risque to be a lesbian in Alberta’s era, and to be a black lesbian was nothing short of risking your life.

[dropcap]T[/dropcap]he year 1977 saw Alberta return to touring and recording. Between 1977 and 1983, she recorded what would be four albums for Columbia. It was at this time that she toured South America and made The Cookery, a nightclub in New York’s Greenwhich Village operated by her friend and manager Barney Josephson, her home away from home. She won rave reviews everywhere she performed – which included Alberta shaking her hips and telling the band “lay it on me” and to “play it” – made countless television appearances, was interviewed by just as many magazines, including ‘Rolling Stone’ and ‘Playboy’ (one reader wrote that she was the only woman in the issue with her clothes on), made two appearances at the White House for “her president,” Jimmy Carter, and was idolized by millions of fans, both young and old. She came to be seen as a symbol for humanity before dying peacefully in 1984 at the age of 89.

Recommended listening is “I’m Having A Good Time” and “My Handy Man Ain’t Handy No More,” both of which Alberta recorded in New York on January 8, 1980. They were released in May of that year on the album ‘Amtrak Blues’. I chose “My Handy Man Ain’t Handy No More” because it’s a perfect example of risque blues that were so popular among the early blues pioneers and because it clearly demonstrates Alberta’s spunk – which she had until the minute she died – she was 84 when she recorded it! (It was also recorded in 1929 by Ethel Waters featuring the great James P. Johnson on piano as simply “My Handy Man”. I’m also including “I’m Having A Good Time” as it perfectly sums up Alberta’s incredible outlook on life, as does this quote from the ‘Houston Post’ upon reviewing the previously-mentioned Alberta Hunter bio:

A rich, detailed portrait of a woman who lived her own life, her own way, for a long, long time.

The title of this essay, “My Castle’s Rockin’,” is the name of a tune Alberta wrote and recorded in New York on June 3, 1940, for Bluebird Records. 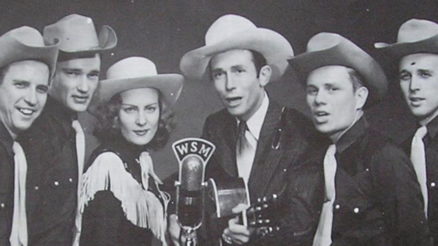 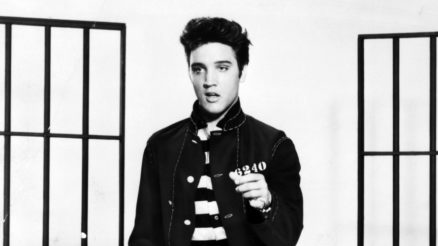