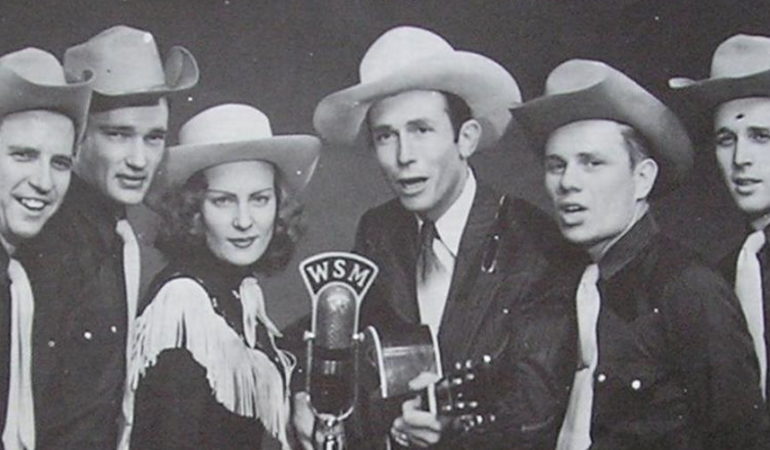 [dropcap]N[/dropcap]ow that we’ve cleared up the history of the phrase “rock’n’roll,” let’s examine some more musical examples. I want to begin this mailing with a quote from my favorite music writer, Nick Tosches. The following comes from his amazing book, ‘Unsung Heroes Of Rock’n’Roll: The Birth of Rock In The Wild Years Before Elvis’. The quote is in response to those who feel that either rock’n’roll was created by Elvis in the 1950s and to those who feel that rock’n’roll was created by blacks and then seized and commercialized by whites:

“Rock’n’roll was not created soley by blacks or by whites; and it certainly did not come into being all of a sudden. It evolved, slowly, wrought by blacks and by whites, some of them old and some of them young, in the South and in the West, in the North and in the East. Its makers were driven not so much by any pure creative spirit, but rather by the desire to make money. Nothing can better bring together a black man and a white, a young man and an old, a country man and a city man, than a dollar placed between them. Rock’n’roll flourished because it sold.”

Makes sense to me.

I’ve said this before and I’ll say it again here: rock’n’roll embraces many styles, which is why everyone’s opinion differs when the subject turns to deciding what the first rock’n’roll record actually was. It’s not cut and dried like jazz, for example, in that the first jazz recording was made by the Original Dixieland Jazz Band – a white group – in February, 1917 (“Livery Stable Blues”) or the first blues record (history books tell us that it was “Crazy Blues” by Mamie Smith recorded in 1920, but it was actually Morton Harvey – a white artist – and his 1914 recording of W.C. Handy’s “St. Louis Blues”) or country (fiddler Eck Robertson’s 1922 instrumental version of “Arkansas Traveler”. A version of it, with lyrics, was recorded in either 1901 or 1902 – depending on your source – by Len Spencer, but it’s considered by many to be a novelty record.)

When Elvis recorded his version of Arthur “Big Boy” Crudup’s “That’s All Right,” they didn’t know how to promote Elvis or the record. Was he black or white? Was the record country, blues or pop? With this mailing, we’re going to feature some songs that also defy category on the hillbilly side of things, long before anyone ever heard of Elvis Presley.

Emmett Miller, a white man who performed in blackface, made his recording debut in 1924. Unfortunately, not all of his recordings are available (I’m still waiting) but what is available is the compilation ‘The Minstrel Man From Georgia’. Released on CD in 1996, it features twenty tracks recorded for Okeh Records in 1928 and 1929. Miller was a pop singer with hillbilly overtones supported by some of the hottest jazz artists who were billed as his Georgia Crackers: Tommy Dorsey on trumpet, Jimmy Dorsey on clarinet and alto sax, Eddie Lang on guitar, Jack Teagarden on trombone and Gene Krupa on drums. Many of Emmet’s records feature drunken hillbilly dialect straight out of minstrel-vaudeville circuit (never mind the fact that by the 1920s, minstrelsy was dead), but, like Elvis Presley thirty years later, his music defies category.

Perhaps the most striking example of rockabilly in the pre-1950s era (again, at the time it was called hillbilly boogie, not rockabilly) is the 1946 recording by Alton and Rabon Delmore – The Delmore Brothers – with “Freight Train Boogie”. Take away the harmonica and you have the same style that Elvis was recording almost ten years later at Sun Records with Scotty Moore and Bill Black.
Personally, I feel that if black music gained the popularity that it had in the 1940s, Hank Williams would have been promoted as a rock’n’roller. Instead, he remains a giant in the country music field (and rightly so) and so to cite Williams as a rocker may seem incredibly odd. It’s not odd at all: Hank Williams was a pioneer of country music but he was also a pioneer of hillbilly boogie.
Black and white musicians influenced each other, with many white artists having learned first-hand from black musicians (Hank Williams and Carl Perkins to name two of the more famous names) and it was not unusual for both black and white artists to cover the same material.