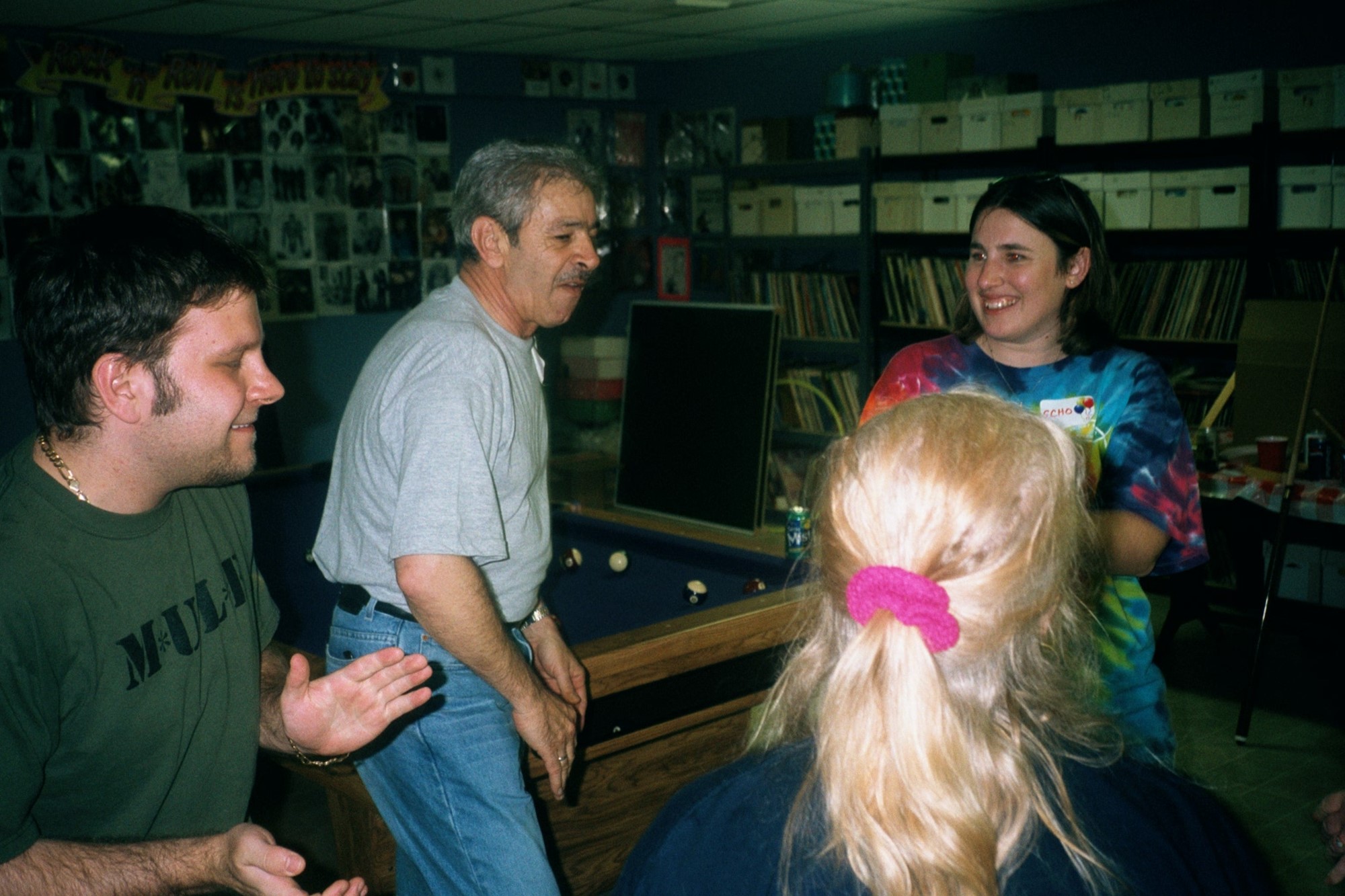 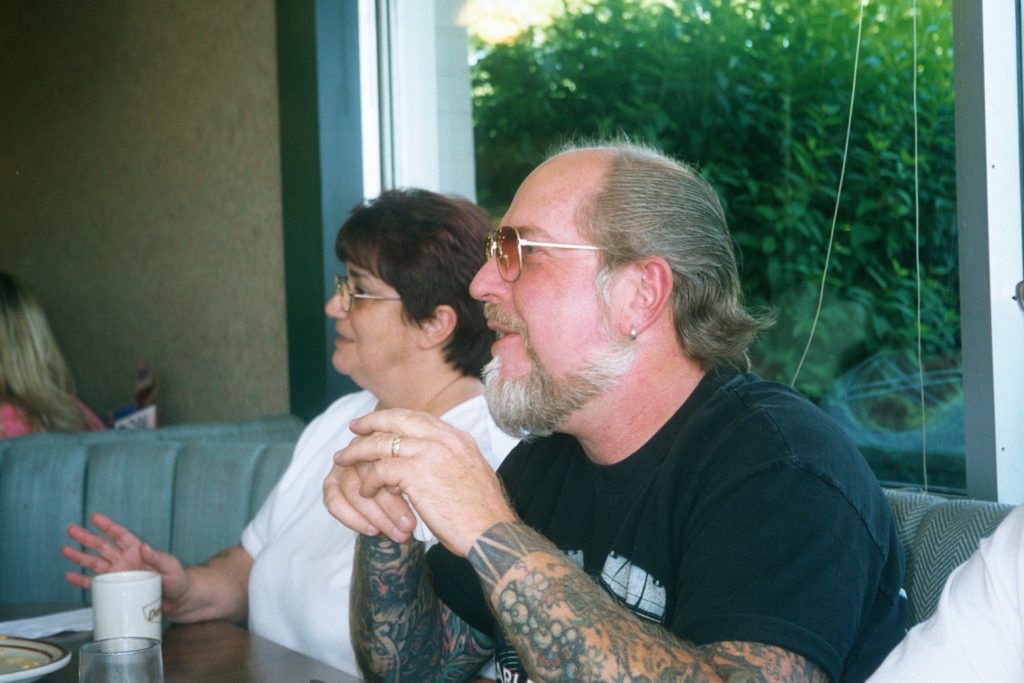 In 2002 I read a book about the history of Saturday Night Live in which the author had interviewed many of the original cast and guests and printed their responses as the basis for his book. A few years later I saw an article in a magazine about the movie industry in the 1970s and the author used the same format and I thought it was a very interesting way to write about non fiction.

When I went to RocsBBQ in 2005, I renewed my friendships with many of the original gang I had met at Hugyfest2001 and also met many newer roomies from the west coast and we spent most of our time reminiscing about some of those magical moments we all shared every night in the Oldies room. I came back home and for some reason thought it might be an interesting idea to ask many of the group for their memories and to put it in writing..

Before starting I asked via email maybe 5 of the group what they thought and they encouraged me to move forward. I had the time and I had the passion to write what became the finished product. Because the room was evolving and turning a little combative and confrontational at the time I had one main rule and that was to not print anything objectionable or degrading about anyone and also to stay as close as possible to what was being sent to me and to try to make it sound like the words were being spoken by each roomie.

So we started and emails came flowing in… I started in late fall of 2005 and had a goal of finishing in late spring 2006 and bringing the finished product to Hugyfest 2006. The responses were amazing and some of you sent a few paragraphs and some sent in something close to an essay. I wanted to keep the project readable and fun so I edited slightly trying to say exactly what every roomie was sending me or at least keep the main information intact. Along the way I added a few of my own observations of certain roomies as to their place in the history of the room etc etc. I took much care to make everybody come out looking good with no negative comments etc. I was sent a few but did not publish those. 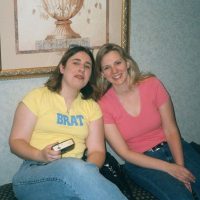 Early on in the writing I realized that photographs of the various roomies would add to the finished product and I am thankful for the help of many people in assisting in that but specifically Edna, LyleLady and Mamie who put in many long hours of help and had a big influence on the finished product. Edna in particular took what I sent her and really changed the way the finished product looked with her expertise in design. It was a lot of work and and I owe a lot to those 3 wonderful ladies. I am not sure if David remembers but I also consulted with him before sending out the finished product. I wanted to make sure that everybody had a chance to read it and we had to print it in 2 different formats to make that possible.

Before finishing, Eric Grube asked if he could write an opening and he sent in to me a beautiful guest preface to the project. It was plain to see that Eric shared the same passion and vision as I and his opening words created a wonderful starting point and I can’t thank Eric enough. 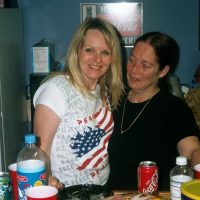 As the emails started pouring in a few things stood out. I received 2 long long emails where roomies poured there hearts out. One of them was hard to believe and the other was a roomie pretty much saying goodbye to all her friends as she felt the end was near. In the first case before I even started editing I sent what I had received to Mame and she showed it to RVB. Based on their suggestions I decided to water down some of that roomies dialogue. She wrote of death and murder and tragedy and I just didn‘t feel right printing that. In the other case, .another female confided in me that she was not well and had decided to use her email as a goodbye to all her friends she had made over the years. We went back and forth and she was adamant that I should print it. 2 weeks before I sent out the final project to everyone she had a change of heart. [pullquote-left]this was her way to say goodbye[/pullquote-left]She asked me to let her redo her message and in her new email she decided to not mention her sickness at all. When she received the project via email she was overwhelmed by how good it had turned out and sent me an email thanking me. She stopped in the room a few more times and suddenly she disappeared and never again was seen in the room or in any emails etc. Instinct tells me she knew this was her way to say goodbye and I am glad I followed her final wishes. She did not in the end want anybody to feel sorry for her.

And then we come to the 2 ladies who kept me up at night because they said yes and no and yes and no and I begged and begged and finally they said yes and sent me 2 long long emails so that I could finish the project. I am talking about 2 of the mainstays of the group Aidy and Jazz2314. In all honesty they did me a favor. Because I did not want to publish this without them 1 delayed publication about a week and out of the blue another roomie sent me his email about his memories and that was EchoBridge. I knew he was not well and he had pretty much disappeared but I sent him 2 or 3 emails asking and I was persistent and right near the end he sent me an email saying he wanted to be part of this. He sent me a really nice chapter and thanked me so much for including him. 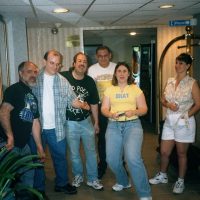 In all we had 116 roomies participate and talk about what the room, the parties and the friendships meant to them. It is now 8 years later and I could write another book about what has transpired over the last period of time. But I won’t. ! As I said early on my goal was to talk of the wonderful moments we all shared and sadly a certain element decided to ruin it for everyone else. That’s not the story I want to print. I will leave that to others. In the meantime I look back at what everybody has written and those magical moments come back to us and we still have many of the friendships that will hopefully last forever. Yes we have lost many wonderful, important people who were part of this but life goes on I hope that what I created 8 years ago and what David is doing now to keep those memories alive will sustain us ,

It was a special time for all of us and impossible to explain to outsiders and even loved ones and I hope 8 years from now we are all still around and I get to write another follow up or better yet see you all at another roomie party.